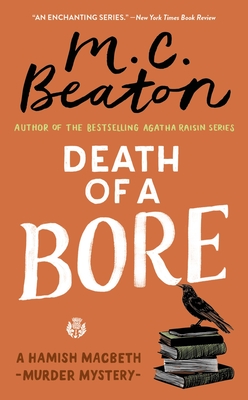 Death of a Bore (A Hamish Macbeth Mystery #20)

Death of a Bore: A Hamish Macbeth Mystery

Minor writer John Heppel has a problem--he's a consummate bore. When he's found dead in his cottage, there are plenty of suspects. But surely boredom shouldn't be cause for murder, or so thinks Constable Hamish Macbeth.

M. C. Beaton has won international acclaim for her New York Times bestselling Hamish Macbeth mysteries. The BBC has aired 24 episodes based on the series. Beaton is also the author of the bestselling Agatha Raisin series, which will air as an eight-episode dramatic series on Sky1, starring Ashley Jensen. She lives in the Cotswolds with her husband. For more information, you can visit MCBeaton.com.
Loading...
or support indie stores by buying on
(This book is on backorder)