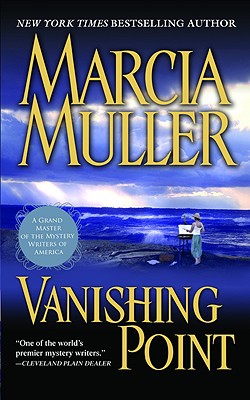 In the latest installment in this critically acclaimed series, McCone is hired to investigate one of San Luis Obispo County's most puzzling cold cases. A generation ago, Laurel Greenwood, a housewife and artist, inexplicably vanished, leaving her young daughter alone. Now, new evidence suggests that the missing woman may have led a strange double life. But before McCone can penetrate the tangled mystery, she must first solve a second disappearance that of her client, the now grown daughter of Laurel Greenwood. The case, which forces Sharon to explore the darker sides of two marriages, comes uncomfortably close on the heels of her own marriage to Hy Ripinsky, and she begins to doubt the wisdom of her impulsive trip to the Reno wedding chapel.

Marcia Muller has written many novels and short stories. She has won six Anthony Awards, a Shamus Award, and is also the recipient of the Private Eye Writers of America's Lifetime Achievement Award as well as the Mystery Writers of America Grand Master Award (their highest accolade). She lives in northern California with her husband, mystery writer Bill Pronzini.
or
Not Currently Available for Direct Purchase
Copyright © 2020 American Booksellers Association