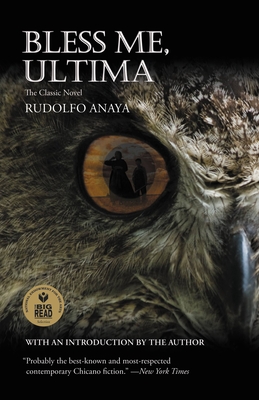 From "one of the nation's foremost Chicano literary artists" comes a coming-of-age classic and the bestselling Chicano novel of all time that follows a young boy as he questions his faith and beliefs -- now one of PBS's "100 Great American Reads" (Denver Post).

Antonio Marez is six years old when Ultima comes to stay with his family in New Mexico. She is a curandera, one who cures with herbs and magic. Under her wise wing, Tony will probe the family ties that bind and rend him, and he will discover himself in the magical secrets of the pagan past--a mythic legacy as palpable as the Catholicism of Latin America. And at each life turn there is Ultima, who delivered Tony into the world... and will nurture the birth of his soul.

Rudolfo Anaya is the bestselling author of the beloved Bless Me, Ultima, and one of the founding voices in modern Chicano literature. In 2016 he was awarded the National Humanities Medal by President Barack Obama. A former professor at the University of New Mexico, he won numerous literary awards, including the Premio Quinto Sol National Chicano literary award, the 2007 Notable New Mexican Award, and the PEN Center USA West Award for Fiction. Bless Me, Ultima was named a Great American Read by PBS, and it has been adapted into a feature film, an opera, and several stage plays. Anaya was a lifelong champion of Chicano voices and devoted himself to supporting aspiring writers. He passed away on June 28 2020.

Praise For Bless Me, Ultima…


"One of the nation's foremost Chicano literary artists."—Denver Post
or support indie stores by buying on
Copyright © 2020 American Booksellers Association