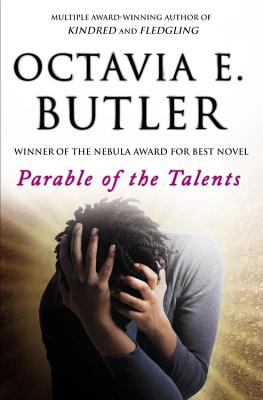 Parable of the Talents

Lauren Olamina's love is divided among her young daughter, her community, and the revelation that led Lauren to found a new faith that teaches "God Is Change". But in the wake of environmental and economic chaos, the U.S. government turns a blind eye to violent bigots who consider the mere existence of a black female leader a threat. And soon Lauren must either sacrifice her child and her followers -- or forsake the religion that can transform human destiny.

OCTAVIA E. BUTLER was a renowned writer who received a MacArthur "Genius" Grant and PEN West Lifetime Achievement Award for her body of work. She was the author of several award-winning novels including Parable of the Sower, which was a New York Times Notable Book of the Year, and was acclaimed for her lean prose, strong protagonists, and social observations in stories that range from the distant past to the far future. Sales of her books have increased enormously since her death as the issues she addressed in her Afrofuturistic, feminist novels and short fiction have only become more relevant. She passed away on February 24, 2006.
Loading...
or
Not Currently Available for Direct Purchase