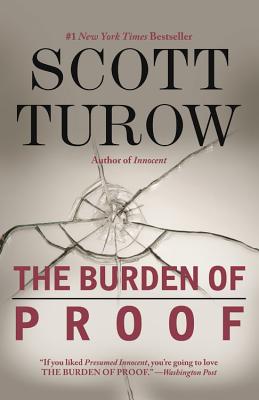 The Burden of Proof

Turow's acclaimed second novel, which topped international bestseller lists, is now available in trade paperback. Sandy Stern, the brilliant defense attorney from Presumed Innocent, faces an event so emotionally shattering that no part of his life is left untouched. It reveals a family caught in a maelstrom of hidden crimes, shocking secrets, and warring passions.

Scott Turow is the author of many bestselling works of fiction, including Testimony, Identical, Innocent, Presumed Innocent, and The Burden of Proof, and two nonfiction books, including One L, about his experience as a law student. His books have been translated into more than forty languages, sold more than thirty million copies worldwide, and have been adapted into movies and television projects. He has frequently contributed essays and op-ed pieces to publications such as the New York Times, Washington Post, Vanity Fair, The New Yorker, and The Atlantic.
Loading...
or support indie stores by buying on
(This book is on backorder)