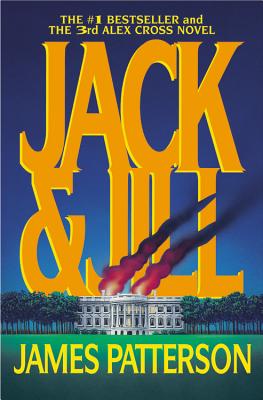 Join Alex Cross in a heart-stopping thrill ride as he pieces together the clues of two gruesome murders. Will he find the killers in time?
In the middle of the night, a controversial U.S. senator is found murdered in bed in his Georgetown pied-a-terre. The police turn up only one clue: a mysterious rhyme signed "Jack and Jill" promising that this is just the beginning. Jack and Jill are out to get the rich and famous, and they will stop at nothing until their fiendish plan is carried out.
Meanwhile, Washington, D. C. homicide detective Alex Cross is called to a murder scene only blocks from his house, far from the corridors of power where he spends his days. The victim: a beautiful little girl, savagely beaten and deposited in front of the elementary school Cross's son attends. No one in Washington is safe-not children, not politicians, not even the President of the United States. Only Alex Cross has the skills and the courage to crack the case, but will he discover the truth in time?
A relentless roller coaster of heart-pounding suspense and jolting plot twists, Jack and Jill proves that no one can write a more compelling thriller than James Patterson, the master of the nonstop nightmare.

James Patterson has had more New York Times bestsellers than any other writer, ever, according to Guinness World Records. Since his first novel won the Edgar Award in 1977 James Patterson's books have sold more than 375 million copies. He is the author of the Alex Cross novels, the most popular detective series of the past twenty-five years, including Kiss the Girls and Along Came a Spider. He writes full-time and lives in Florida with his family.
or support indie stores by buying on
(This book is on backorder)
Copyright © 2020 American Booksellers Association