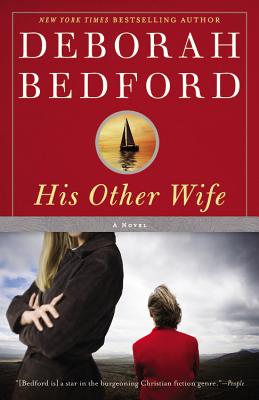 His Other Wife (Paperback)

New York Times bestselling author Deborah Bedford sweeps readers into this compelling drama with her trademark style of beautiful, lyrical writing. Since her divorce from Eric, Hilary has done everything she can to control life for herself and her son. Beneath a calm surface, she is terrified of failing Seth. She's worked hard to raise him on her own, and she's succeeded--he's now set to graduate from high school and enroll at the University of Illinois with a full scholarship.

But Hilary's worst fears are realized when there is a rock-climbing accident at a post-graduation campout. A young girl is hurt, and Seth is arrested. Pamela, Eric's new wife and Seth's stepmother, blames Hilary for letting Scott go to the campout in the first place. With Seth's college scholarship now just a distant memory and his entire future at stake, the two women must come together for Seth's sake.

Is Hilary's love strong enough to save her son and release him to her ex-husband's other wife?

Deborah Bedford is a career fiction writer who began her professional life as a journalist in a Colorado mountain town. Deborah and her husband, Jack, have two children and live in Jackson Hole, Wyoming.

Praise For His Other Wife: A Novel…

Bedford is "a star in the burgeoning Christian fiction genre."—People magazine

"Divorce is a difficult subject to tackle in Christian fiction, but author Deborah Bedford handles the challenge with grace and integrity....Bedford creates winsome characters and places them into brilliantly crafted, emotionally charged drama. His Other Wife parallels the biblical story of Hannah and provides a beautiful model of letting go and relying on God to work out His purposes in a child's life."—CBA Retailers+Resources

*Starred Review: "Bedford's (A Morning Like This; When You Believe) multilayered tale is leisurely paced and full of engaging characters. It is sure to attract fans of Christian romances, particularly those by Catherine Palmer and Debbie Macomber."—Library Journal

"Bedford takes the familiar storyline of a single mother raising a son and elevates it beyond the expected. The characters and their actions seem real and believable. Parents will shudder when they realize how easily this scenario could occur." (4 out of 4 stars)—RT Book Reviews

"Bedford (Remember Me) examines the unresolved emotions behind divorce in this psychologically persuasive novel. Bedford writes with skill and acuity. She also has a good feel for teenagers, who are part of the emotional center of this book....[T]he plot itself is based on the biblical story of Hannah in satisfyingly subtle ways. An edifying read."—Publishers Weekly
or
Buy Here
Copyright © 2020 American Booksellers Association