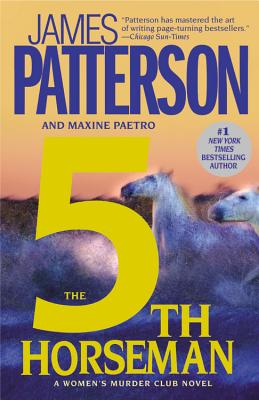 Dare to face the most terrifying heights of suspense. From hospital murders to explosive court battles, the Women's Murder Club takes on their most harrowing challenge yet.
It is a wild race against time as Lieutenant Lindsay Boxer and the newest member of the Women's Murder Club, attorney Yuki Castellano, lead an investigation into a string of mysterious patient deaths-and reveal a hospital administration determined to shield its reputation at all costs. And while the hospital wages an explosive court battle that grips the entire nation, the Women's Murder Club hunts for a merciless killer among its esteemed medical staff.
With high-speed thrills and page-turning twists, The 5th Horseman proves once again that James Patterson "has mastered the art of writing" (Chicago Sun-Times).