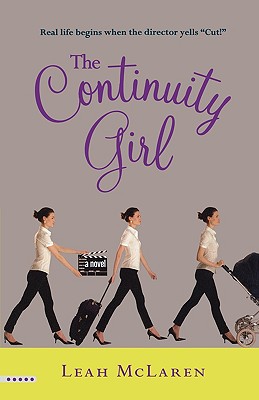 Meredith Moore is the perfect continuity girl. An on-set script supervisor, she is the error catcher, the one who makes sure every take matches seamlessly with the one that came before it. But when Meredith wakes up on her 35th birthday with a sudden acute yearning for a baby, her personal sense of continuity is thrown into flux. Determined not to marry, she impulsively flees humdrum Canada and heads to London to reunite with her notoriously eccentric mother, Irma, and accept a job on a famous producer's film.

Her covert plan: find a man with good genes, seduce him, and have a child--all without him knowing, of course. But in her quest to become pregnant on her own terms, she will accidentally discover a web of secrets that will change the way she envisions both her professional life and the nature of love.

Leah McLaren is a novelist, journalist, longtime columnist for Canada's national newspaper, the Globe and Mail, and the Europe correspondent for Maclean's magazine. In 2013, she won a gold National Magazine Award in the long features category. Her first novel, The Continuity Girl, was published by GCP in 2007. She lives in Toronto and London, England, where she shares a home with her husband and two boys.
Loading...
or support indie stores by buying on