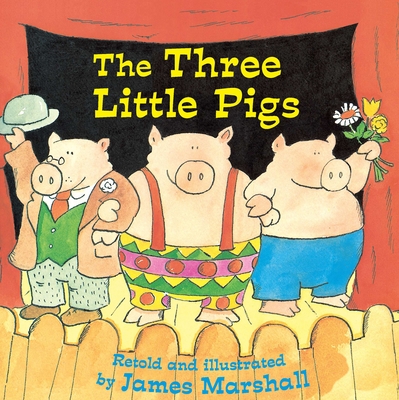 Think you know the story of the three little pigs? Not until you've read this version, retold and illustrated by Caldecott Honor winner James Marshall. Children will know and love the familiar characters—three pig brothers and one huffing-puffing wolf—and they will giggle over the funny, new dialogue and cartoon like illustrations, which put a fresh, modern twist on the classic tale.

James Marshall was one of the most prolific and successful author/illustrators of children's books. He was best known for his series on the mischievous exploits of Fox, a debonair, lazy showoff; the uproarious adventures of the two Cut-Ups, Spud and Joe; George and Martha; and the misadventures of the Stupidfamily. He divided his time between an apartment in the Chelsea district of New York and his home in Mansfield Hollow Connecticut.
or
Buy Here
Copyright © 2020 American Booksellers Association