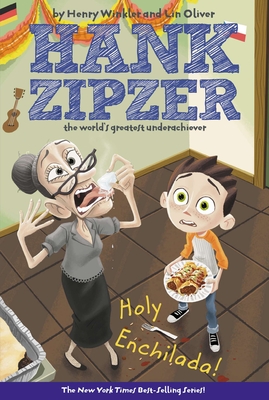 PS 87 is having multicultural week, and Ms. Adolf's class is putting on a "Foods from Around the World" luncheon. Hank is thrilled&150no reading, no outlining, and no review questions, just cooking! Hank makes enchiladas, and at the luncheon, Ms. Adolf piles her plate with lots of food. But after a few bites, her face turns bright red&150one of the dishes is super-spicy! Ms. Adolf accuses someone of playing a mean practical joke, and punishes the entire class with no recess until the guilty party comes forward. Hank realizes his trouble with numbers might have caused the problem&150what if he accidentally used three cups of peppers instead of 1/3 cup? Will Hank be able to get recess back for everyone without getting detention for the rest of his life?