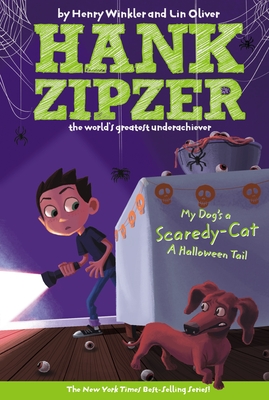 On Halloween day, Hank comes to school dressed in what he thinks is the perfect costume-a table in an Italian restaurant. Nick McKelty, the resident school bully (dressed in a total blood and guts costume), thinks Hank's costume is wimpy and that Hank wouldn't know how to be scary and gross if his life depended on it! So Hank decides to create the scariest haunted house ever and invite McKelty over to show him what scary really is. The only problem is that Hank's dog, Cheerio, is scared of Hank's haunted house. So scared, in fact, that when Hank tries to find him, he's nowhere in sight! Have Hank's Halloween hijinks gone too far?