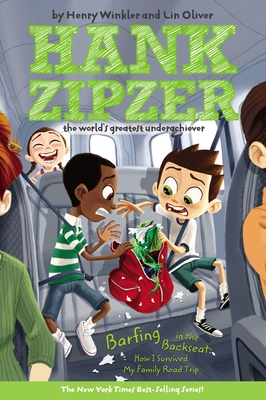 Barfing in the Backseat #12

How I Survived My Family Road Trip (Hank Zipzer #12)

Hank's dad has decided to enter a crossword-puzzle tournament, and he wants to make a family road trip of it! So the family piles into the car—along with Frankie and Katherine the iguana (Hank and Emily each get to bring a "friend"). When they reach their destination, they'll get to spend the day at a roller-coaster park during Hank's dad's tournament! The only caveat is that Hank has a homework packet to finish before they get there . . . which he somehow manages to lose at a stop along the way. Suddenly, Hank doesn't feel so good . . . Can Hank and Frankie rescue the lost packet and get Hank on a roller coaster?