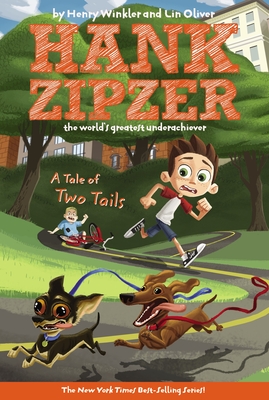 Hank enters his dog Cheerio in a show, hoping to win the big prize. Unfortunately for Hank, Nick McKelty and his gassy little Chihuahua have the same thing in mind. Will Hank and Cheerio be able to take home the ribbon for Best in Show?

Lin Oliver is a writer and producer of movies, books, and television series for children and families. She has created over one hundred episodes of television, four movies, and seven books. She lives in Los Angeles with her husband, Alan. They have three sons named Theo, Ollie, and Cole, one fluffy dog named Annie, and no iguanas.
Loading...
or support indie stores by buying on
(This book is on backorder)