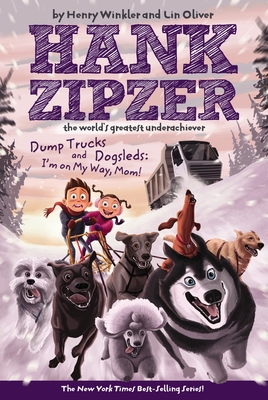 When Hank first heard that his mom was having a baby boy, he wasn't so thrilled. And when he finds out that the baby will be sharing his room, Hank is positively outraged! To make things easier, Dad suggests he take Hank and Emily away for some bonding. But on the first day of their trip, a freak snowstorm arrives. And then they get a call that the baby is coming early! Hank, Dad, and Emily know they have to get home - and fast! They hop on a train, hitch a ride on a dump truck, jump on a snowmobile, and climb into a dogsled, all in a desperate attempt to get home in time for Baby Zipzer's birth.