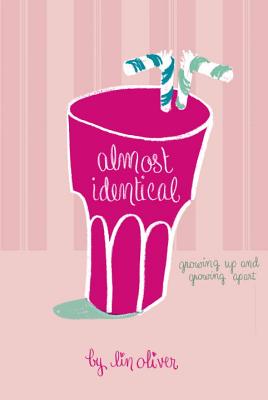 Identical twins Sammie and Charlie are starting out seventh grade at a brand-new school. As they make new friends, and join different clubs, the sisters (and once inseparable best friends) start to grow further and further apart. Told from Sammie's point of view, this moving yet funny story will be gobbled up by middle-school girls!

Lin Oliver is a children’s book author and writer-producer of television series and movies for children. With Henry Winkler, she writes the New York Times best-selling book series, Hank Zipzer: World’s Best Underachiever, which has sold over 4 million copies and is a hit television series on the BBC. Their new chapter book series, Here’s Hank, is also a New York Times best-seller. She is also the author of the Who Shrunk Daniel Funk quartet, Sound Bender and The Shadow Mask, adventure/science fiction middle grade novels she coauthored with Theo Baker. Her collection of poetry, the highly praised Little Poems for Tiny Ears, illustrated by Tomie dePaola, is being followed with another poetry collection, Steppin’ Out: Playful Rhymes for Toddler Times. Her new chapter book series, The Fantastic Frame, debuted in April of this year from Grosset.  Lin is the co-founder and Executive Director of SCBWI. Learn more at www.linoliver.com or follow Lin on Twitter @linoliver.
Loading...
or support indie stores by buying on