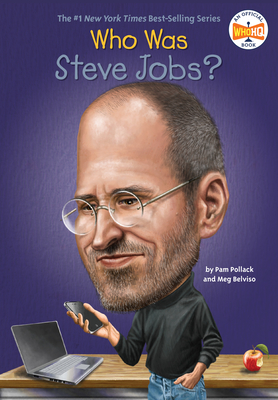 Who Was Steve Jobs? (Who Was?)

Steve Jobs, adopted in infancy by a family in San Francisco, packed a lot of life into fifty-six short years. In this Who Was…? biography, children will learn how his obsession with computers and technology at an early age led him to co-found and run Apple, in addition to turning Pixar into a ground-breaking animation studio. A college dropout, Jobs took unconventional steps in his path to success and inspired the best and the brightest to come with him and “change the world.”

Pamela Pollack and Meg Belviso have co-authored several children's books, including  Who Was Nelson Mandela?, Who Is J.K. Rowling?, and What Was the Alamo?
Loading...
or support indie stores by buying on