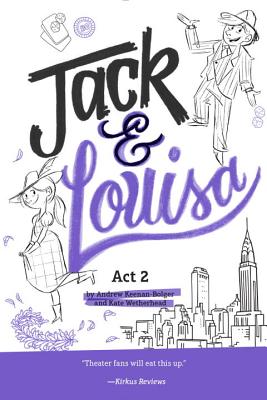 Shaker Heights Middle School is putting on Guys and Dolls and best friends Jack and Lou are hoping to get lead roles. But a mysterious new director soon arrives to town and threatens to meddle with their dreams. Is Shaker Heights big enough for two Broadway legends?

Fans of Tim Federle’s Better Nate Than Ever will rejoice to meet Jack & Lou—the newest MTN’s (musical theater nerds) on the block.

"Giving this story its lift is its profound and infectious love of musical theater. Budding thespians will applaud."
- Kirkus Reviews