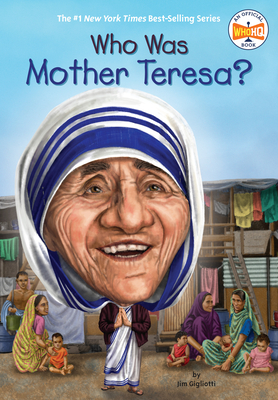 Who Was Mother Teresa? (Who Was?)

Born a humble girl in what is now Albania, Agnes Bojaxhiu lived a charitable life. She pledged herself to a religious order at the age of 18 and chose the name Sister Teresa, after the patron saint of missionaries. While teaching in India, where famine and violence had devastated the poor, Teresa shed her habit and walked the streets of Calcutta tending to the needs of the destitute. Her charity work soon expanded internationally, and her name remains synonymous with compassion and devotion to the poor.

Jim Gigliotti is a freelance writer based in Southern California. A former editor at the National Football League, he has written more than 50 books for all ages. His writing credits include biographies for young readers on Olympian Jesse Owens and baseball star Roberto Clemente.
Loading...
or support indie stores by buying on