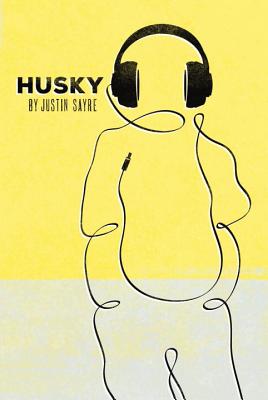 "[G]enuinely funny, heart-wrenching . . ." - Kirkus Reviews
"[A] moving journey of self-discovery and a gratifying coming-of-age story." - Publishers Weekly
"Husky . . . is a superb addition to the middle grade literary canon." - VOYA Reviews
"There is not a false note in the writing . . ." - Lambda Literary

A beautifully voiced debut captures an intimate story of change and acceptance.

Twelve-year-old Davis lives in an old brownstone with his mother and grandmother in Brooklyn. He loves people-watching in Prospect Park, visiting his mom in the bakery she owns, and listening to the biggest operas he can find as he walks everywhere.

But Davis is having a difficult summer. As questions of sexuality begin to enter his mind, he worries people don’t see him as anything other than “husky.” To make matters worse, his best girlfriends are starting to hang out with mean girls and popular boys. Davis is equally concerned about the distance forming between him and his single mother as she begins dating again, and about his changing relationship with his amusingly loud Irish grandmother, Nanny.

Ultimately, Davis learns to see himself outside of his one defining adjective. He’s a kid with unique interests, admirable qualities, and people who will love him no matter what changes life brings about.

Justin Sayre is a successful stage and screen writer and presents a powerful voice that captures the subtle nuances of bullying around themes of weight and sexual orientation, as well sending a love letter to opera and to Brooklyn. He lives in Brooklyn and writes in Los Angeles.
Loading...
or support indie stores by buying on
(This book is on backorder)