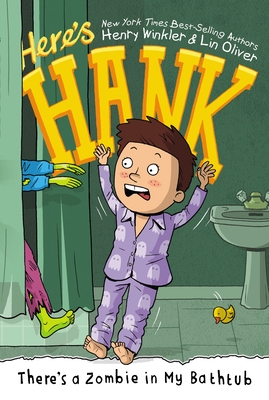 With Halloween approaching, Hank and his friends decide to watch a scary movie to get ready for the holiday. But the movie turns out to be a bit too scary for Hank, and suddenly he sees zombies every time he closes his eyes. Everyone says zombies aren’t real, but then people around him start moaning and acting like the undead, and he isn’t so sure. Hank isn’t taking any chances—not when there might be zombies on the loose!

Scott Garrett lives in the United Kingdom.
Loading...
or support indie stores by buying on