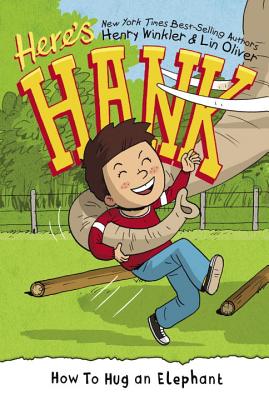 When Hank's class takes a field trip to the zoo, he quickly gets lost after his partner (and nemesis) ditches him. Unable to read the map, Hank wanders and finds himself locked in a habitat with Elsie, an elephant recently rescued and kept isolated. He begins a game of soccer with her, and they become fast friends. But when Hank notices how lonely Elsie is, he's determined to help her find her own animal friends.

"Amusing dialogue and a typeface designed to accomodate dyslexic readers adroitly target kids with reading difficulties of their own. Garrett's cheery b&w cartoons bring additional energy to the story, matching that of Hank himself."
-- Publishers Weekly

Scott Garrett is a freelance illustrator who also has a developing interest in pottery. He lives by the sea on the South East coast of the United Kingdom with his family.
Loading...
or
Not Currently Available for Direct Purchase