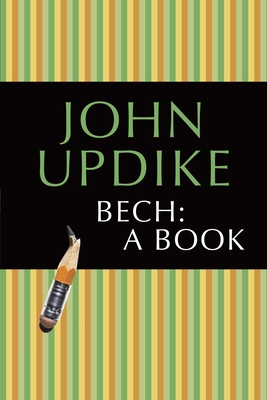 The Jewish American novelist Henry Bech—procrastinating, libidinous, and tart-tongued, his reputation growing while his powers decline—made his first appearance in 1965, in John Updike’s “The Bulgarian Poetess.” That story won the O. Henry First Prize, and it and the six Bech adventures that followed make up this collection. “Bech is the writer in me,” Updike once said, “creaking but lusty, battered but undiscourageable, fed on the blood of ink and the bread of white paper.” As he trots the globe, promotes himself, and lurches from one woman’s bed to another’s, Bech views life with a blend of wonder and cynicism that will make followers of the lit-biz smile with delight and wince in recognition.

Praise For Bech: A Book…

“Updike has written his most appealing [work].”—The Boston Sunday Globe

“Bech succeeds marvelously. . . . One falls into the book and through it and out the other side of it as effortlessly as one might slide through a polished aluminum table in a funhouse. . . . A deft poke at what it means to be a writer in America.”—The New York Times
or
Not Currently Available for Direct Purchase
Copyright © 2020 American Booksellers Association