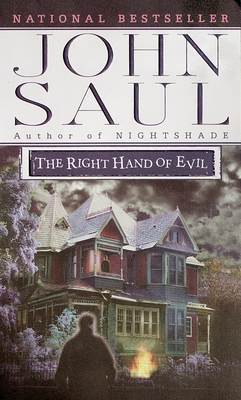 When the Conways move into their ancestral home in Louisiana after the death of an estranged aunt, it is with the promise of a new beginning. But the house has a life of its own. Abandoned for the last forty years, surrounded by thick trees and a stifling sense of melancholy, the sprawling Victorian house seems to swallow up the sunlight. Deep within the cold cellar and etched into the very walls is a long, dark history of the Conway name--a grim bloodline poisoned by suicide, strange disappearances, voodoo rituals, and rumors of murder. But the family knows nothing of the soul-shattering secrets that snake through generations of their past. They do not know that terror awaits them. For with each generation of the Conways comes a hellish day of reckoning. . . .

JOHN SAUL's first novel, Suffer the Children, published in 1977, was an immediate million-copy bestseller. He has since written twenty successive bestselling novels of suspense, including The Presence, Black Lightning, Guardian, The Homing, and most recently Shadow Sister. He is also the author of the New York Times bestselling serial thriller The Blackstone Chronicles, initially published in six installments, but now available in one complete volume. Mr. Saul divides his time between Seattle, Washington, and Maui, Hawaii.

Praise For The Right Hand of Evil: A Novel…

"[A] TALE OF EVIL THAT IS BOTH EXTREME AND ENTERTAINING."
--Chicago Tribune

"GRIPPING AND FAST-PACED . . . A slick thriller in which deftly drawn characters must face the demons in their own lives to conquer that which claims the family's souls."
--BookPage
or
Not Currently Available for Direct Purchase
Copyright © 2020 American Booksellers Association