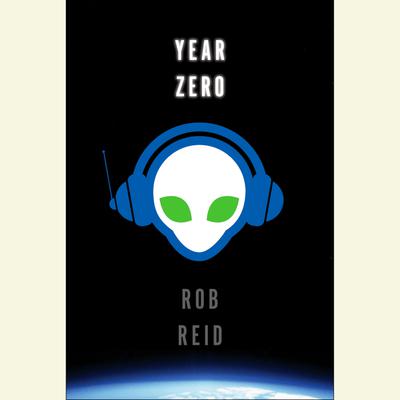 An alien advance party was suddenly nosing around my planet.
Worse, they were lawyering up. . . .

In the hilarious tradition of The Hitchhiker’s Guide to the Galaxy, Rob Reid takes you on a headlong journey through the outer reaches of the universe—and the inner workings of our absurdly dysfunctional music industry.

Low-level entertainment lawyer Nick Carter thinks it’s a prank, not an alien encounter, when a redheaded mullah and a curvaceous nun show up at his office. But Frampton and Carly are highly advanced (if bumbling) extraterrestrials. And boy, do they have news.

The entire cosmos, they tell him, has been hopelessly hooked on humanity’s music ever since “Year Zero” (1977 to us), when American pop songs first reached alien ears. This addiction has driven a vast intergalactic society to commit the biggest copyright violation since the Big Bang. The resulting fines and penalties have bankrupted the whole universe. We humans suddenly own everything—and the aliens are not amused.

Nick Carter has just been tapped to clean up this mess before things get ugly, and he’s an unlikely galaxy-hopping hero: He’s scared of heights. He’s also about to be fired. And he happens to have the same name as a Backstreet Boy. But he does know a thing or two about copyright law. And he’s packing a couple of other pencil-pushing superpowers that could come in handy.

Soon he’s on the run from a sinister parrot and a highly combustible vacuum cleaner. With Carly and Frampton as his guides, Nick now has forty-eight hours to save humanity, while hopefully wowing the hot girl who lives down the hall from him.

“Hilarious, provocative, and supersmart, Year Zero is a brilliant novel to be enjoyed in perpetuity in the known universe and in all unknown universes yet to be discovered.”—John Hodgman, resident expert, The Daily Show with Jon Stewart

Rob Reid is the founder of Listen.com, which created the Rhapsody service, the world’s largest seller of online music until it was eclipsed (rather badly, he’ll admit) by Apple’s iTunes service. He is the author of Year One, a memoir about student life at Harvard Business School, and Architects of the Web, a business history of the Internet. He lives in the Los Angeles area with his wife, Morgan.