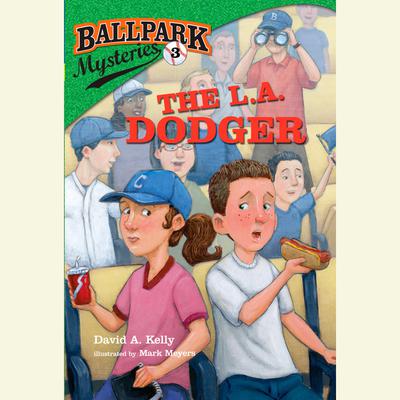 Now batting third—book #3 in a brand-new early chapter book mystery series where each book is set in a different American ballpark!

It's spring break and Kate and Mike are off to Los Angeles to visit Kate's dad, a scout for the Dodgers. But all is not sunny in L.A.—strange things have been happening to Kate's dad. Pages have gone missing from his clipboard. He's gotten threatening phone calls. And he thinks he's being followed! Is someone after Mr. Hopkins's top secret scouting reports?

DAVID A. KELLY has written for many newspapers and magazines, and Babe Ruth and the Baseball Curse, published in spring 2009, was his first book for children. He lives fifteen minutes from Fenway Park in Newton, Massachusetts, with his wife, Alice; two sons, Steven and Scott; and a dog named Sam.