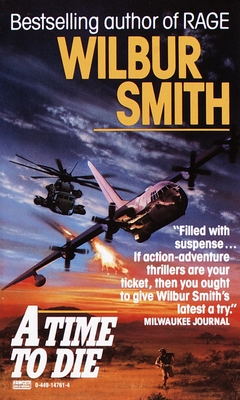 As the world around him burns with passion and death, professional hunter and guerrilla fighter Sean Courtney is trapped between his worst enemies, an overwhelming love for a woman, and his instincts to survive -- and kill.

Wilbur Smith was born in Central Africa in 1933. He was educated at Michaelhouse and Rhodes University. After the successful publication of When the Lion Feeds in 1964, he became a full-time writer, and has since written 30 novels, all meticulously researched on his numerous expeditions worldwide. His books have been translated into 26 different languages.
Loading...
or support indie stores by buying on
(This book is on backorder)