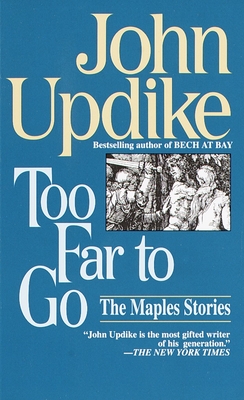 Too Far to Go

Stories that trace the decline and fall of a marriage, a history made up of the happiness of growing children and shared life, and the sadness of growing estrangement and the misunderstandings of love.