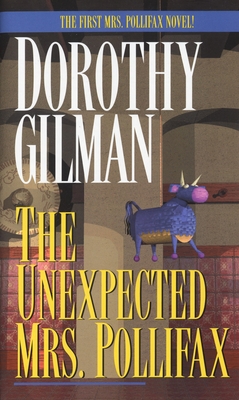 “Should delight you whether you’re looking for smiles or thrills.”—The New York Times Book Review

Mrs. Virgil (Emily) Pollifax of New Brunswick, New Jersey, was a widow with grown, married children. She was tired of attending her Garden Club meetings. She wanted to do something good for her country. So, naturally, she became a CIA agent.

She takes on a “job” in Mexico City. The assignment doesn’t sound dangerous at first, but then, as often happens, something goes wrong. Now our dear Mrs. Pollifax finds herself embroiled in quite a hot Cold War—and her country’s enemies find themselves entangled with one unbelievably feisty lady.

Praise For The Unexpected Mrs. Pollifax…

“Should delight you whether you’re looking for smiles or thrills.”—The New York Times Book Review