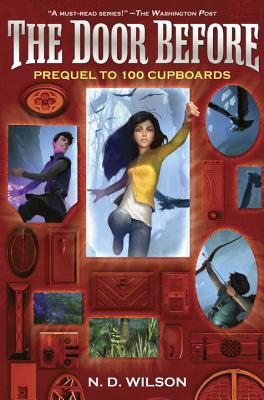 Open the cupboard door to this action-packed fantasy that will take readers to the very beginning of the bestselling 100 Cupboards series!

When Hyacinth finds an unusual door, two boys in search of vengeance, and a witch intent on destroying the world, the ultimate battle of good vs. evil begins!

Hyacinth Smith can see things that others miss, stop attack dogs from attacking, and grow trees where no trees have grown before. But she’s never had a real home. When her father tells them they’ve inherited a house from their great-aunt, Hyacinth sees trouble brewing. Their great-aunt has been playing with forces beyond her control, using her lightning-tree forest to create doors to other worlds. When one door opens, two boys tumble through . . . bringing with them a battle with the undying witch-queen, Nimiane. Hyacinth, together with the boys, must use her newfound magic and all of her courage to journey straight into the witch’s kingdom in a daring plan to trap evil and kill the immortal.

N. D. WILSON lives and writes in the top of a tall, skinny house only one block from where he was born. But his bestselling novels, including the highly acclaimed 100 Cupboards series, have traveled far and wide and have been translated into dozens of languages. He and his wife have five young storytellers of their own, along with an unreasonable number of pets. You can visit him online at ndwilson.com and follow him on Twitter at @ndwilsonmutters.

"Wilson has perfected the art of the high-fantasy novel, creating new ideas and worlds with inventive aplomb." --Kirkus Reviews