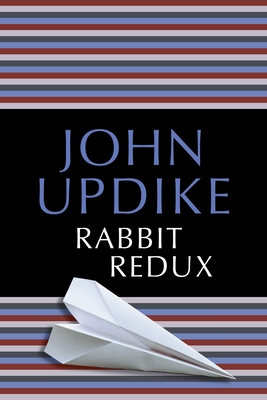 In this sequel to Rabbit, Run, John Updike resumes the spiritual quest of his anxious Everyman, Harry “Rabbit” Angstrom. Ten years have passed; the impulsive former athlete has become a paunchy thirty-six-year-old conservative, and Eisenhower’s becalmed America has become 1969’s lurid turmoil of technology, fantasy, drugs, and violence. Rabbit is abandoned by his family, his home invaded by a runaway and a radical, his past reduced to a ruined inner landscape; still he clings to semblances of decency and responsibility, and yearns to belong and to believe.

“A masterpiece . . . Updike owns a rare verbal genius, a gifted intelligence and a sense of tragedy made bearable by wit.”—Time

“An awesomely accomplished writer . . . For God’s sake, read the book. It may even—will probably change your life.”—Anatole Broyard

“A superb performance, all grace and dazzle . . . a brilliant portrait of middle America.”—Life