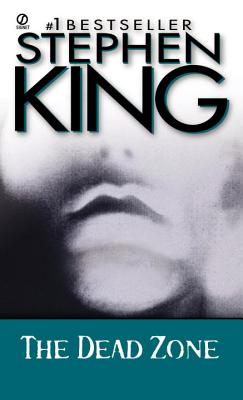 Beware, The Wheel of Fortune
Johnny, the small boy who skated at breakneck speed into an accident that for one horrifying moment plunged him into the dead zone.
Johnny Smith, the small-town schoolteacher who spun the wheel of fortune and won a four-and-a-half-year trip into the dead zone.
John Smith, who awakened from an interminable coma with an accursed power the power to see the future and the terrible fate awaiting mankind in the dead zone.

Stephen King lives in Maine and Florida with his wife, novelist Tabitha King. He has written more than forty books and two hundred short stories. He has won the World Fantasy Award, several Bram Stoker awards, and the O. Henry Award for his story The Man in the Black Suit, and is the 2003 recipient of the National Book Foundation Medal for Distinguished Contribution to American Letters."

Praise For The Dead Zone…

“Stephen King has done it again. A spellbinder, a compulsive page-turner.”—Atlanta Journal