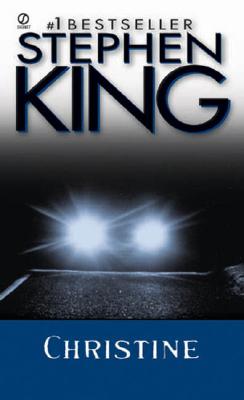 Just Another Lovers' Triangle, Right? It was love at first sight. From the moment seventeen-year-old Arnie Cunningham saw Christine, he knew he would do anything to possess her. Arnie's best friend, Dennis, distrusts her--immediately. Arnie's teen-queen girlfriend, Leigh, fears her the moment she senses her power. Arnie's parents, teachers, and enemies soon learn what happens when you cross her. Because Christine is no lady. She is Stephen King's ultimate, blackly evil vehicle of terror...

“Truly gripping…some of the best writing King has ever done…the master has returned with a vengeance.”—Publishers Weekly