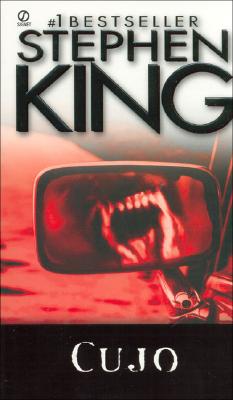 The #1 bestseller for King's rabid fans.
It happens innocently enough, but doesn t it always. A big, friendly dog chases a rabbit into a hidden underground cave and stirs a sleeping evil crueler than death itself.
A terrified four-year-old boy sees his bedroom closet door swing open untouched by human hands, and screams at the unholy red eyes gleaming in the darkness.
The little Maine town of Castle Rock is about to be invaded by the most hideous menace ever to savage the flesh and devour the mind.

"Just when your blood pressure is back to normal, Stephen King is at it again."
-Kansas City Star

Stephen King lives in Maine and Florida with his wife, novelist Tabitha King. He has written more than forty books and two hundred short stories. He has won the World Fantasy Award, several Bram Stoker awards, and the O. Henry Award for his story The Man in the Black Suit, and is the 2003 recipient of The National Book Foundation Medal for Distinguished Contribution to American Letters."
Loading...
or
Not Currently Available for Direct Purchase