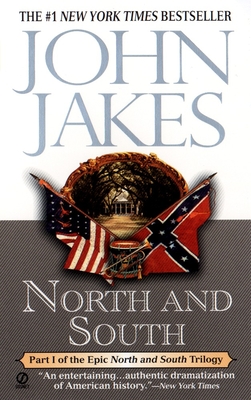 From master storyteller John Jakes comes the epic story of two families—the Hazards and the Mains. Separated by vastly different ways of life, joined by the unbreakable bonds of true friendship, and torn asunder by a country on the brink of a bloody conflict that will irrevocably change them all…

John Jakes is the bestselling author of Charleston, the Kent Family Chronicles, the North and South trilogy, On Secret Service, California Gold, Homeland, and American Dreams. Descended from a soldier of the Virginia Continental Line who fought in the American Revolution, Jakes is one of today’s most distinguished authors of historical fiction.

“A panoramic, populous…lusty trek through the pages of American history.”—San Francisco Chronicle

“A marvelous book…should become one of the great novels of American history.”—Nashville Banner

“At the very heart of every Jakes saga is a story that throbs to the beat of history.”—Cleveland Plain Dealer

“Jakes at his best…Keep[s] the reader turning the pages.”—Boston Herald America

“Jakes has few peers…he winds a spell…that won’t be broken until the last page of the last volume is turned.”—Detroit Free Press
or support indie stores by buying on
(This book is on backorder)
Copyright © 2020 American Booksellers Association