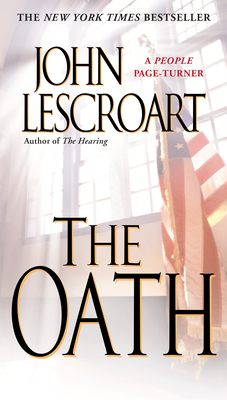 When HMO executive Tim Markham is hit by a car during a morning jog through his exclusive San Francisco neighborhood, he has the bad luck to be transported to one of his own hospitals . . . and winds up dead in his ICU bed. But in spite of the rumors about his company's substandard care, this death appears to be a case of malice, not of malpractice—especially after Markham's entire family is gunned down in their home.

Lt. Abe Glitsky has strong suspicions about a doctor with opportunity, means, and motives to spare. But working up a case against Eric Kensing might not be easy, especially when Glitsky has to rely on two bumbling rookies to gather the evidence. When defense attorney Dismas Hardy takes Kensing on as a client, both Glitsky and Hardy have to worry not only about losing the case, but about losing a best friend as well. And as the investigation leads to something bigger than they expected, they may both be in danger of losing their lives as well. . .

“Reading enjoyment…continues to come mainly from the chemistry between his winning odd couple—the freewheeling Hardy and the irascible, by-the-book Glitsky.”—Los Angeles Times

“Skillfully researched and executed….The reliably excellent Lescroart carries on, delivering yet another winner.”—Publishers Weekly“[A] master yarn spinner...a stellar novel.”—Booklist“Hardy and Glitsky are like good wine, improving with time.”—The Orlando Sentinel“Lescroat skillfully balances his story, blending the action of the plot with the satisfying details of Hardy's and Glitsky's personal lives. The minutiae of marriages, children, and domestic routines not only round out the characters but provide a smart counterpoint to the cops-and-lawyer stuff. And unlike so many other authors, Lescroart handles social commentary with a deft touch.”—The Cleveland Plain Dealer