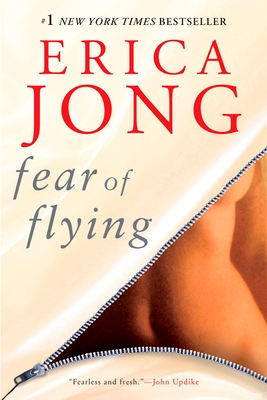 Originally published in 1973, the ground-breaking, uninhibited story of Isadora Wing and her desire to fly free caused a national sensation—and sold more than twelve million copies. Now, after thirty years, the iconic novel still stands as a timeless tale of self-discovery, liberation, and womanhood.

Praise For Fear of Flying…

“A picaresque, funny, touching adventure of Isadora Wing… on the run from her psychoanalyst husband, inquest of joy and her own true self.” —New York Review of Books“Extraordinary…at once wildly funny and very wise.” —Los Angeles Times

Erica Jong is the author of nineteen books of poetry, fiction, and memoir, including Fear of Flying, which has more than 18 million copies in print worldwide. Her most recent essays have appeared in The New York Times Book Review, and she is a frequent guest on television talk shows. Currently working on a novel featuring Isadora Wing—the heroine of Fear of Flying—as a woman of a certain age, Erica and her lawyer husband live in New York City and Connecticut. Her daughter, Molly Jong-Fast, is also an author.

Erica Jong left a Ph.D. program at Columbia to write her ground-breaking novel Fear of Flying, published in 1973. Jong is the author of numerous award-winning books of poetry and novels including Fanny, How to Save Your Own Life, Parachutes and Kisses, Any Woman’s Blues, and the forthcoming Sappho’s Leap. She is also the author of the memoir Fear of Fifty. She lives in New York City and Connecticut.