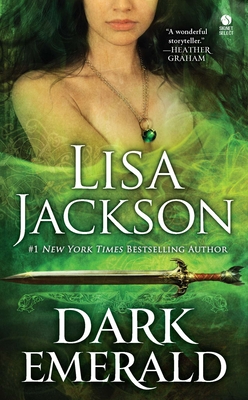 #1 New York Times bestselling author Lisa Jackson delivers a powerful historical romance, starring a woman of mystery—and the enemy who could be her one true love…

Tara’s life is shrouded in secrets. All she knows is that her past is somehow entwined with a dark emerald—the jewel identifying the lost heir to Tower Twyll.

Banished from Twyll by his brutal half brother, Rhys has carved out a new life as the Outlaw. But then he captures a raven-haired beauty who not only inflames his desire, but carries the legendary jewel that threatens his very quest for revenge.

From the first, the infamous criminal stokes a passion seductive yet frightening in Tara. For if she is the true heir to Twyll, then she is the sworn enemy of the man who has captured her heart…

Praise for Lisa Jackson and Her Novels

“No one tells a story quite like Lisa Jackson. Her novels are compelling, her characters intriguing, and her plots ingenious.”—#1 New York Times bestselling author Debbie Macomber

“Snares the reader in an intricate plot and holds them until the very end.”—RT Book Reviews

Lisa Jackson has been writing romantic fiction for fifteen years. Over sixty of her books have been published and reprinted in more than a dozen foreign languages. A single mother, she is a native of Oregon, where she still resides with her two teenage sons. Lisa is often asked what is the key to her success, and her unfailing answer is a keen imagination, incredible friends, loving family, and always, loads of laughter. As Oscar Wilde is purported to have said, "Life is too important to be taken seriously."
Loading...
or support indie stores by buying on