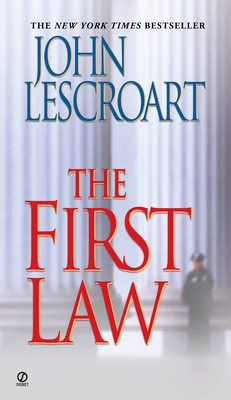 In this thrilling novel from the acclaimed Dismas Hardy series, Hardy’s friend and client finds himself the prime suspect in a homicide investigation.

While Dismas Hardy has built a solid legal practice and a happy family, his friend John Holiday, a proprietor of a rundown local bar, has not followed the same path. Despite this, Hardy has remained Holiday’s attorney and confidant, and when Holiday is suspected of murder, Hardy and Glitsky find ample reason to question Holiday’s guilt.

But Hardy’s case falls on hostile ears, and to avoid arrest, Holiday turns fugitive. The police now believe three things: that Hardy is a liar protecting Holiday, that Holiday is a cold-blooded killer, and that Glitsky is a bad cop on the wrong side of the law.

As the suspense reaches fever pitch, Hardy, Glitsky, and even their families may be caught in the crossfire and directly threatened—and this time, the police won’t be on their side.

Praise for The First Law

“Lescroart’s expert crafting turns this legal thriller into a quite a wild ride.”—Booklist

“One of the best thrillers writers.”—Larry King, USA Today

John Lescroart is the author of nineteen previous novels, including The Betrayal, The Suspect, The Hunt Club, The Motive, The Second Chair, The First Law, The Oath, The Hearing, and Nothing But the Truth. He lives in Northern California.
Loading...
or
Not Currently Available for Direct Purchase