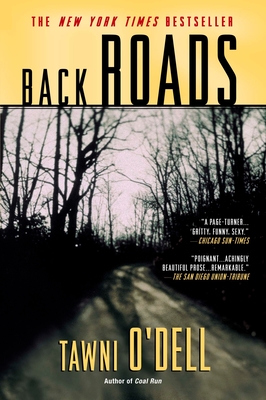 Funny and heartbreaking, this New York Times bestselling debut perfectly captures the maddening confusion of adolescence and the prickly nature of family with irony and unerring honesty.

Harley Altmyer should be in college having the time of his life. He should be free from the backwards Pennsylvania coal town he calls home, with its lack of jobs and no sense of humor. Instead, he’s constantly reminded of just how messed up everything is...

Harley’s mother is in prison for killing his father, so he’s in charge of bringing up his younger sisters and working two jobs to pay the bills—and that doesn’t leave a lot of time for distractions. But lately, he’s getting more and more sidetracked by lusting after Callie Mercer, his middle-aged neighbor. As he struggles to keep it together, things begin to spin out of control. Soon Harley finds that as shattered as his family is, there are still more crushing surprises in store.

“In Harley, O’Dell has created a hero who’s heartbreakingly believable; like Holden Caulfield, he uses caustic humor to hide his pain. Readers will care very much about him and his future, if indeed he has one.”—St. Petersburg Times

Tawni O’Dell is the New York Times bestselling author of six novels, including Back Roads, which was an Oprah’s Book Club pick, a Book-of-the-Month Club Main Selection, and is now a major motion picture. She is also a contributor to several anthologies, including Becoming Myself: Reflections on Growing Up Female. Her works have been published in more than forty countries.

Praise For Back Roads…

“An intense story of family, frailty and dysfunction, set in the coal-mining towns of western Pennsylvania...captivatingly told.”—Chicago Tribune

“Tense...involving...deftly captures the voice of a teenage boy who's in trouble.”—The New York Times Book Review

“Do not miss this one.”—Mademoiselle