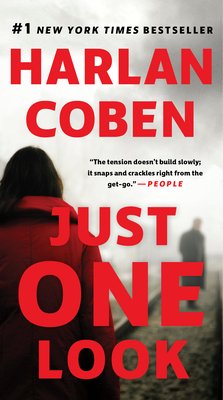 When Grace Lawson picks up a newly developed set of family photographs, there is a picture that doesn't belong-a photo from at least twenty years ago with a man in it who looks strikingly like her husband, Jack. And though Jack denies it's him, he disappears that night, taking the photo with him. Now, to save her family from a fierce, silent killer who will stop at nothing to get the photo, Grace must confront the dark corners of her own tragic past...

Praise For Just One Look…

Praise for Just One Look

“The tension doesn't build slowly; it snaps and crackles right from the get-go…The only plausible reason for setting down this book is to make sure your front door is locked and double-bolted.”—People

“A nifty suspense premise...[Coben] does a good job of riveting the reader.”—The New York Times

“A heck of a ride.”—New York Daily News

“There’s plenty of adrenalin-pumping stuff here, but it’s the walk down the hall of mirrors Coben does so well that rivets the attention.”—The Houston Chronicle

“Harlan Coben remains one of the best in the game...It’s one of those books in which the main character—and readers—have no real idea what’s going on until the very last pages. This is both highly satisfying and enjoyably frustrating, especially when the plot twists are being carefully doled out by a pro like Coben.”—The San Francisco Chronicle

“It’s only when the last page turns that the reader has a chance to breathe, say ‘Wow!’ and marvel at the impressively interconnected structure.”—The Miami Herald

“Coben proves his nimble, knowing grasp of plot and pace, juggling as many as seven plotlines while still imparting a healthy backstory to cameo characters. You’ll read it in a day, maybe two; it’s fresh fast food in a cup-of-ramen world.”—Entertainment Weekly