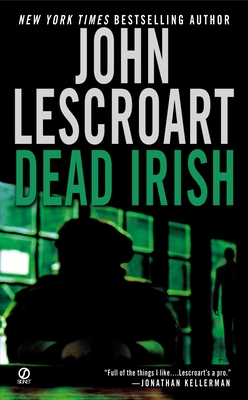 In his new life as a bartender at the Little Shamrock, Dismas Hardy is just hoping for a little peace. He’s left both the police force and his law career behind. Unfortunately it’s not as easy to leave behind the memory of a shattering personal loss—but for the time being, he can always take the edge off with a stiff drink and round of darts.

But when the news of Eddie Cochran’s death reaches him, Hardy is propelled back into all the things he was trying to escape. And forced to untangle a web of old secrets and raw passions, for the sake of Eddie’s pregnant widow, Frannie—and for the others whose lives may still be at risk...

“Possessed of a singular writer’s instinct, Lescroart...produces a full-bodied, substantive, and stylistic effort of the first order.”—Library Journal

“The killer proves to be as fascinating a personality as Hardy himself.”—Publishers Weekly

“With John Lescroart’s polished writing, Dead Irish becomes more than a mystery novel with a bartender as detective. With razored precision, characters stand out, flawed and human....Chilling in its intensity, this is an ingenious tale of many different kinds of people.”—Pasadena Star-News

John Lescroart is the New York Times bestselling author of more than twenty-five novels including the Dismas Hardy series. He lives in Northern California.
Loading...
or support indie stores by buying on