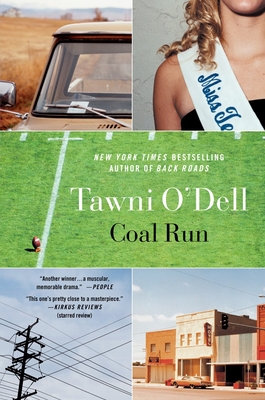 With her eagerly awaited second novel, Tawni O'Dell takes readers back to the coal-mining country of western Pennsylvania. Set in a town ravaged and haunted by a mine explosion that took the lives of 96 men, Coal Run explores the life of local deputy and erstwhile football legend, "The Great Ivan Z.," as he prepares for a former teammate's imminent release from prison. As the week unfolds and Ivan struggles to confront his demons, he reveals himself to be a man whose conscience is burdened by a long-held and shocking secret.

Tawni O'Dell, a western Pennsylvania native, earned a degree in journalism from Northwestern University. In addition to earning wages as a bankteller and a waitress, she put herself through college working as an exotic dancer jumping out of cakes at bachelor parties. A mother of two, she lives with her husband in Illinois. This is her first novel.
Loading...
or
Not Currently Available for Direct Purchase