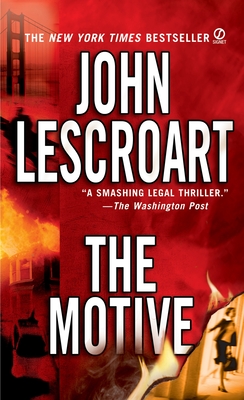 With their park view and old-fashioned detail, the Victorian houses on San Francisco's Steiner Street were highly valuable. But with their wooden construction, they were also  highly vulnerable. So when Paul Hanover's multimillion-dollar home went up in flames, it was all over very quickly. And when the bodies of Hanover and his girlfriend were found in the charred debris, it appeared that the end came even more quickly for them-judging from the bullet holes in their heads. But this isn't just any double homicide. Hanover was a friend-and donor-to the mayor, who wants answers. And in trying to provide them, Abe Glitsky and Dismas Hardy will face an old lover and an old enemy-and follow a trail of evidence that stretches far beyond their usual jurisdiction.

Praise For The Motive (Dismas Hardy #11)…

"Surpasses anything Grisham ever wrote and bears comparison with Turow." (Washington Post)