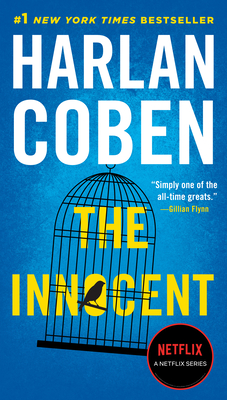 #1 New York Times bestselling author Harlan Coben takes readers on an electrifying ride in this thriller that peeks behind the white picket fences of suburbia—where one mistake can change your life forever.

One night, Matt Hunter innocently tried to break up a fight—and ended up a killer. Now, nine years later, he’s an ex-con who takes nothing for granted. His wife, Olivia, is pregnant, and the two of them are closing on their dream house. But all it will take is one shocking, inexplicable call from Olivia’s cell phone to shatter Matt’s life a second time...

Praise For The Innocent: A Suspense Thriller…

Praise for The Innocent

“What Coben does best is take readers into his characters’ hearts and minds. His protagonists are just common folks, minding their own business when—bam!—they are drawn into a terrifying world of sordid crimes and mayhem.”—USA Today

“Intriguing right up to the final chapter.”—Associated Press

“Coben does for thrillers what Hitchcock did for the movies.”—South Florida Sun-Sentinel

“Ranks as one of his most exciting.”—The Philadelphia Inquirer

“Modern suburbia unravels in this latest puzzler from Coben...Don’t make the mistake of not reading it!”—Library Journal

“Jaw-dropping plot twists...Fans of rose-tinted nightmares [will] gasp their way through Matt’s free fall, scared and happy as kids on a roller coaster.”—Kirkus Reviews