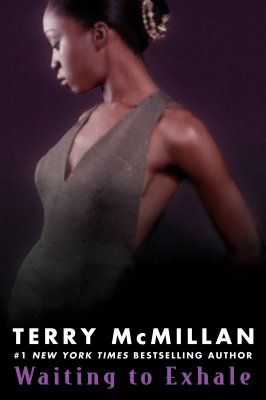 The critically acclaimed novel about four women who learn how to carry on while leaning on each other from the #1 New York Times bestselling author of How Stella Got Her Groove Back and I Almost Forgot About You.

When the men in their lives prove less than reliable, Savannah, Bernadine, Gloria, and Robin find new strength through a rare and enlightening friendship as they struggle to regain stability and an identity they don’t have to share with anyone. Because for the first time in a long time, their dreams are finally off hold...

“Hilarious, irreverent...Reading Waiting to Exhale is like being in the company of a great friend...thought-provoking, thoroughly entertaining, and very, very comforting.”—Susan Isaacs, The New York Times Book Review

Praise for Waiting to Exhale

“The characters are so real, that you’ll wonder if McMillan hasn’t somehow overheard a private conversation. In the end, you’ll cheer for Savannah, Bernadine, Gloria, and Robin. But the cheering starts for McMillan on the first page.”—The Boston Globe

“McMillan is not only a gifted writer but a social critic as clear-eyed as Mark Twain or Zora Neale Hurston or Edith Wharton.”—Newsday

“Waiting to Exhale’s electric voices grab you and never let go…We root for characters so immediate they leap off the page; these women are cynical, self-deluding, furious—yet ever hopeful and relentlessly funny...Their struggles will resonate for anyone fighting to get her fair share of loving.”—New Woman

“Terry McMillan has such a wonderful ear for story and dialogue. She gives us four women with raw, honest emotions that breathe off the page.”—Amy Tan

“McMillan shines new light on contemporary African-Americans in bars, cafes, offices, and health clubs all over America who seldom show up so vividly in print.”—San Francisco Chronicle

“Savannah, Bernadine, Robin, and Gloria are bright and aggressive, resilient and sassy...just bursting with life...Through it all, these four vibrant and durable women are there for one another.”—The Washington Post Book World

“Captures what life and love are all about today.”—USA Today

Terry McMillan is the award-winning, critically acclaimed #1 New York Times bestselling author of Waiting to Exhale, Getting to Happy, How Stella Got Her Groove Back, A Day Late and a Dollar Short, The Interruption of Everything, Who Asked You?, Mama, Disappearing Acts, I Almost Forgot About You, It’s Not All Downhill From Here, and the editor of Breaking Ice: An Anthology of Contemporary African-American Fiction. She lives in California.
Loading...
or
Not Currently Available for Direct Purchase