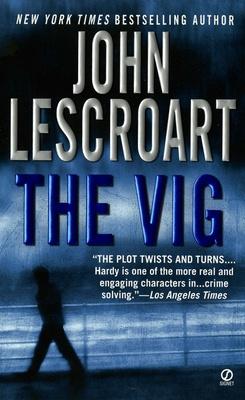 Former San Francisco lawyer Dismas Hardy is being hunted by one of the thugs he once put away in this thriller from New York Times bestselling author John Lescroart.

Soldier. Cop. Lawyer. Dismas Hardy’s done the tough jobs, and had some tough luck. Now he’s kicking back and tending bar at the Shamrock in San Francisco. But the past returns in the form of Rusty Ingraham—a former fellow prosecutor who drops by for a drink, warning Hardy that a perp they put away nearly ten years ago just got released...and might still be looking for revenge.

Next thing Hardy knows, Ingraham’s houseboat becomes a murder scene, with a dead woman on board and Ingraham, presumably, at the bottom of the bay. To save himself, Hardy’s got to solve the case. But there’s more than one kind of payback, and it’s not just the ex-con who might have wanted it. Now, as he tangles with a mob enforcer, a rejected lover, and a renegade cop, Hardy is haunted by the knowledge that the later you pay, the steeper the price...

Praise For The Vig (Dismas Hardy #2)…

Praise for The Vig

“The plot twists and turns...Hardy is one of the more real and engaging characters in...crime solving.”—Los Angeles Times

John Lescroart is the New York Times bestselling author of more than twenty-five novels including the Dismas Hardy series. He lives in Northern California.
Loading...
or
Not Currently Available for Direct Purchase