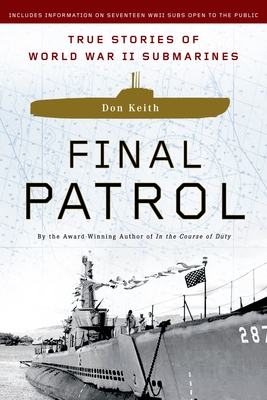 A gripping true account of submarine heroism, War Beneath the Waves is an inspiring tale of one young naval officer’s leadership and courage under fire under some of the most dangerous waters of World War II.

In November 1943, while on war patrol in enemy waters, the submarine U.S.S. Billfish was spotted by the Japanese, who launched a vicious depth charge attack. Explosions wracked the sub for twelve straight hours. With senior officers incapacitated, diving officer Charlie Rush boldly assumed command and led key members of the crew in a heroic effort to keep their vessel intact as they tried to escape. What followed is one of the most improbable and dramatic stories of the Pacific War. Told in harrowing detail, War Beneath the Waves is a pulse-pounding story of a submarine crew’s valiant fight to save their boat—and one man’s astonishing bravery and coolness in the face of seemingly certain death.

Don Keith is a critically-acclaimed, award-winning author. In addition to writing fiction and nonfiction, he heads up the curriculum in Media Marketing and Management at Virginia College and runs the school's full-service advertising and marketing agency.
Loading...
or
Not Currently Available for Direct Purchase