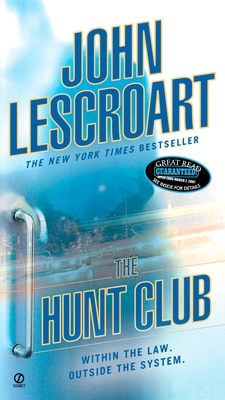 At first, The Hunt Club had a membership of one: private investigator Wyatt Hunt. Since then, others have joined with a common interest in obtaining justice. One member, inspector Devin Juhle, has just caught a major case: the shooting of a sixty-three-year old federal judge and his twentysomething mistress...

While Juhle works, Hunt plays, hooking up with TV star and legal analyst Andrea Parisi. But before Hunt knows it, Juhle's case will be of great interest to the members of The Hunt Club. Especially to Hunt himself-as Andrea's card is found in the wallet of one of the victims.

John Lescroart is the author of nineteen previous novels, including The Betrayal, The Suspect, The Hunt Club, The Motive, The Second Chair, The First Law, The Oath, The Hearing, and Nothing But the Truth. He lives in Northern California.
Loading...
or support indie stores by buying on