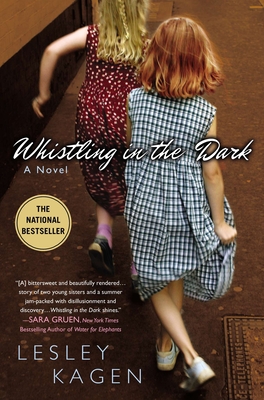 Whistling in the Dark

It was the summer on Vliet Street when we all started locking our doors...

Sally O'Malley made a promise to her daddy before he died. She swore she'd look after her sister, Troo. Keep her safe. But like her Granny always said-actions speak louder than words. Now, during the summer of 1959, the girls' mother is hospitalized, their stepfather has abandoned them for a six pack, and their big sister, Nell, is too busy making out with her boyfriend to notice that Sally and Troo are on the Loose. And so is a murderer and molester.

Highly imaginative Sally is pretty sure of two things. Who the killer is. And that she's next on his list. Now she has no choice but to protect herself and Troo as best she can, relying on her own courage and the kindness of her neighbors.

Lesley Kagen is an actress, voice-over talent, and restaurateur, as well as the author of two previous national bestselling novels. Whistling in the Dark has been translated into five languages and was a Midwest Choice Honor winner. Land of a Hundred Wonders, an Indie Next pick, was also nominated for a Midwest Choice Award. She lives near Milwaukee, Wisconsin.
Loading...
or
Not Currently Available for Direct Purchase